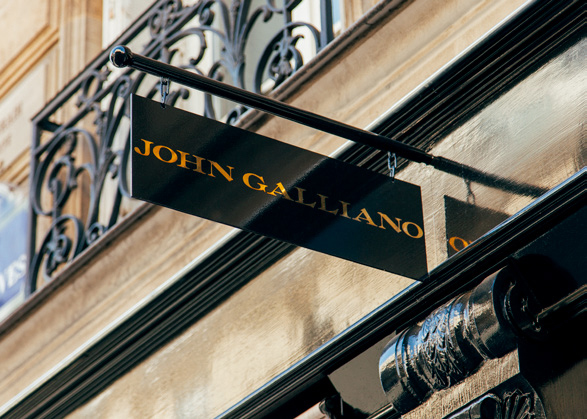 HISTORY OF THE MAISON JOHN GALLIANO
IN BETWEEN BRITISH IRREVERENCE AND PARISIAN ELEGANCE,
THE TREASURES OF A DUAL HERITAGE.

Created in London, the John Galliano brand flourishes when it sets up its house
in Paris. Its identity is based on a subtle mix of very British impertinence
and the couture heritage so specific to Parisian fashion. Constructed from the
deconstruction spawned by punk/post-punk codes, this very personalized brand
rapidly becomes a global fashion house.
The dual culture underlining its difference is what gives this brand its authentic
glamour as well as its uniqueness. 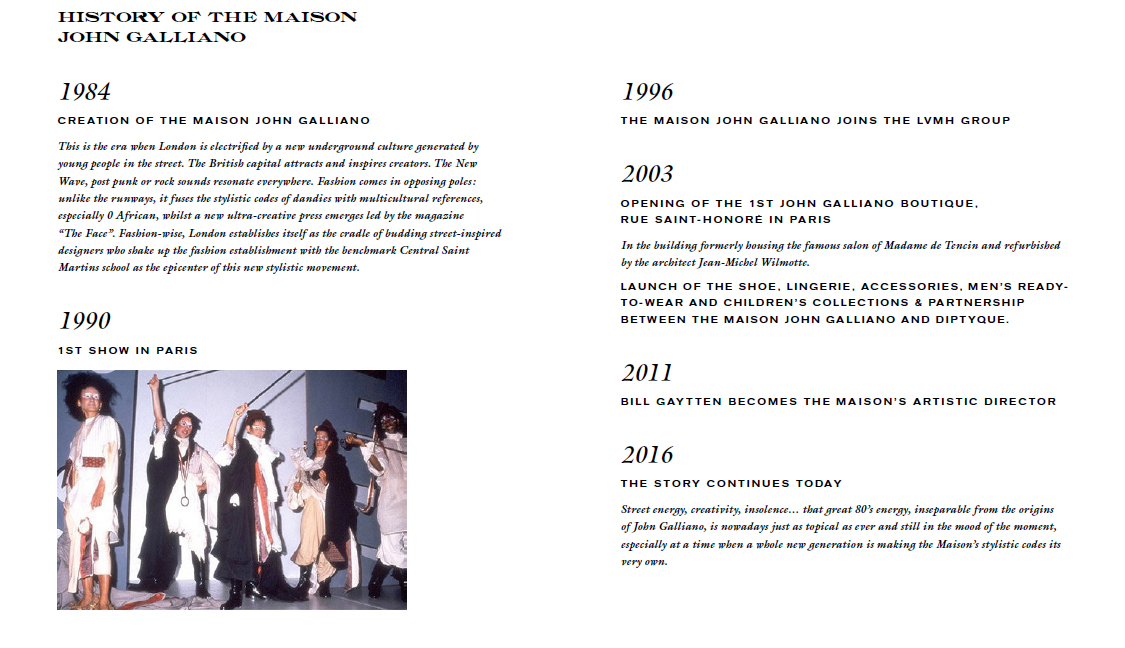 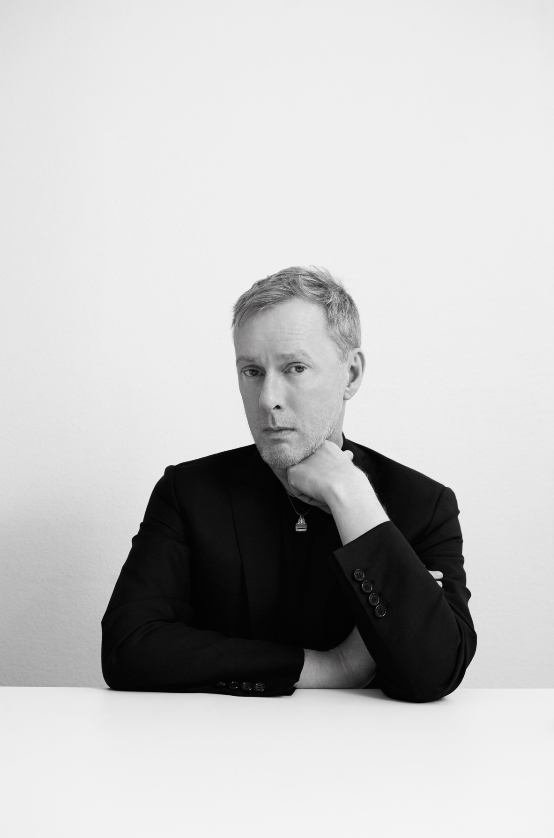 “We have a wonderful opportunity to reinvent a look that is both timeless and of our times.”

Born in 1960, Gaytten grows up in Cheltenham, England. Following into the footsteps of his architect father he attends the Bartlett School of Architecture, University College London. The vibrancy of London’s fashion scene is a revelation, as he realizes that clothing construction holds more allure for him than building construction. Having taught himself to cut and sew patterns, he finds a job, in 1984, as a machinist for designer Sheridan Barnett who in turn introduces him to John Galliano, then a student at Central Saint Martins. The two young talents briefly work together before Gaytten joins Victor Edelstein under whose tutelage he gets to finesse his technique and mastery of the bias-cut. Years later, he serendipitously runs into John Galliano. They decide to team up again and Gaytten follows the designer to Paris in 1994, as he is about to be appointed to Givenchy. By 1996, Galliano is designing for Christian Dior, and Gaytten has shifted from a cutter in the dressmaking atelier to a core member of Galliano’s design team. When Galliano leaves, in 2011, Gayten assumes responsibility for the Maison, where he continues to oversees all the collections. Most recently, he has been instrumental in developing a new Designer offer for men and women to complement the runway collections, showcasing his innate instinct for elevating the style of the street. Truthful to his initial calling as an architect, he has been building all along—from the complicated structure of a dress to the identity of a global brand. “I consider myself a modernist, with a deep appreciation for savoir-faire, Gaytten says. Still today, my passion remains pattern cutting, which truly is a form of sculpture.” 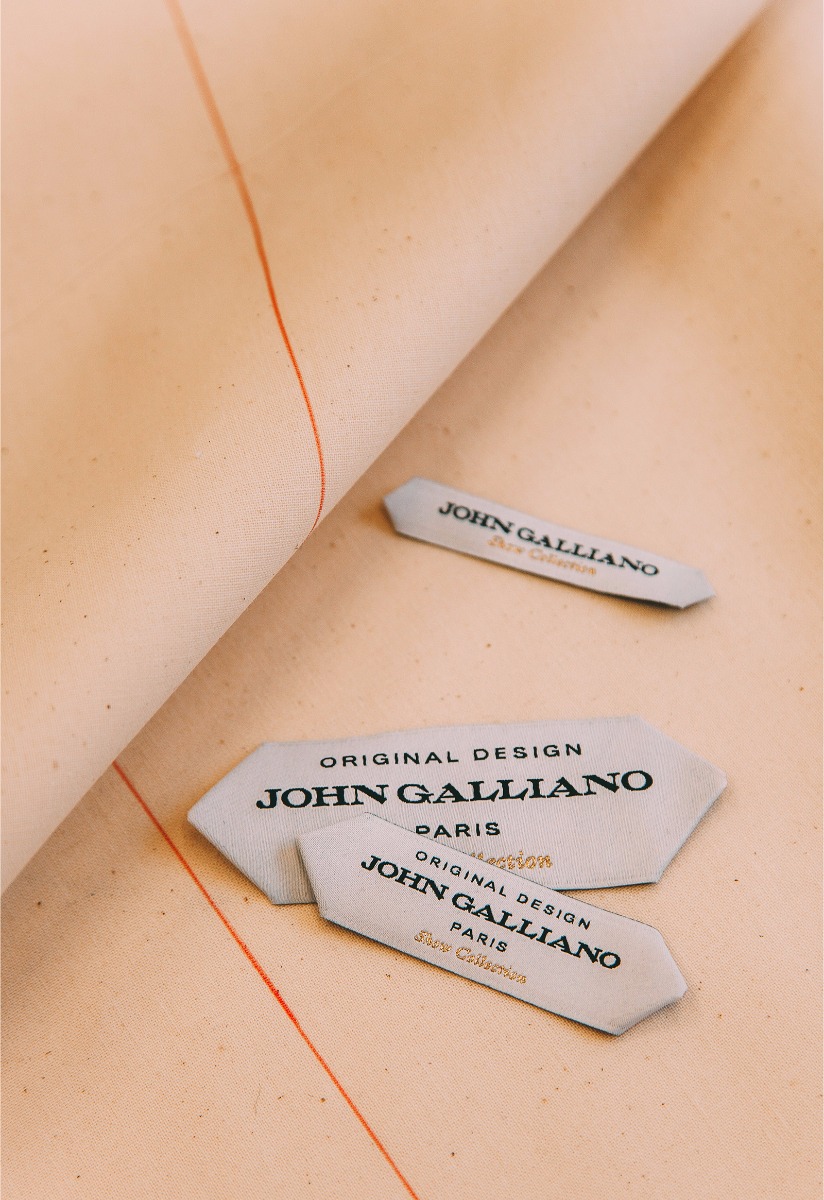 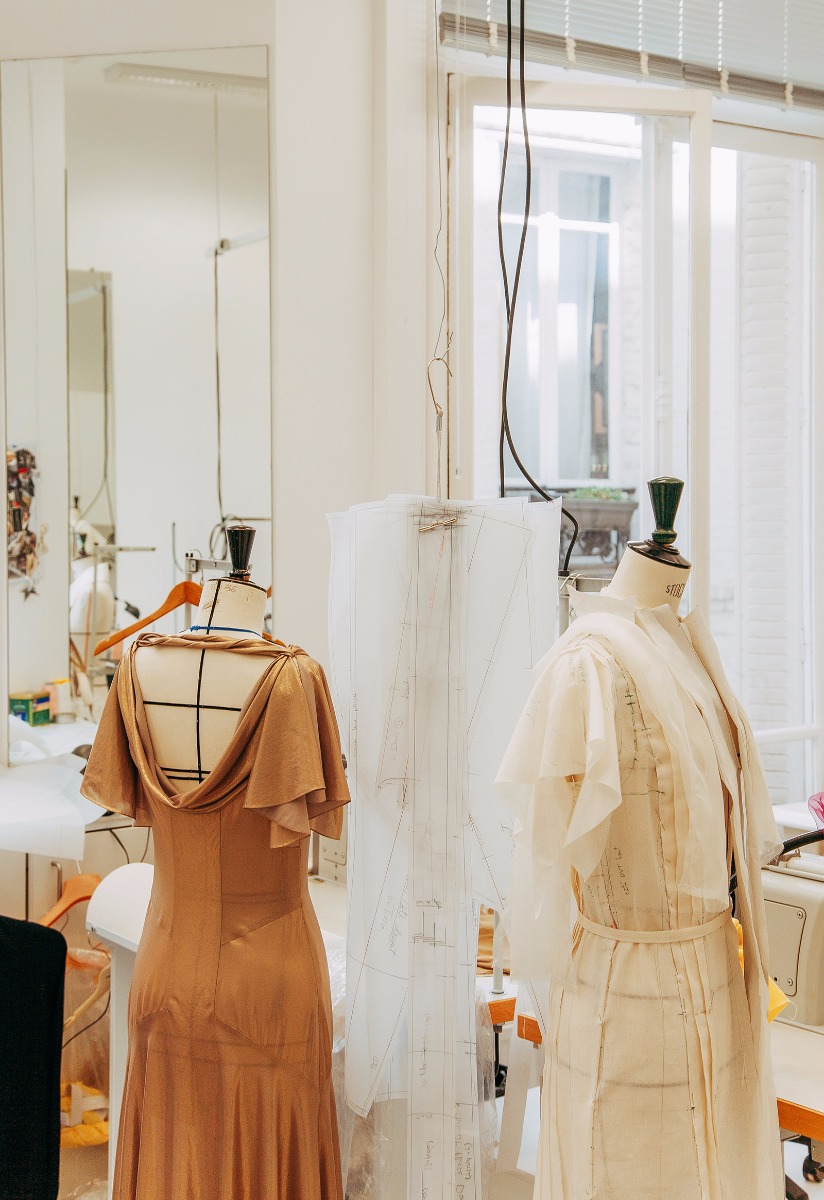 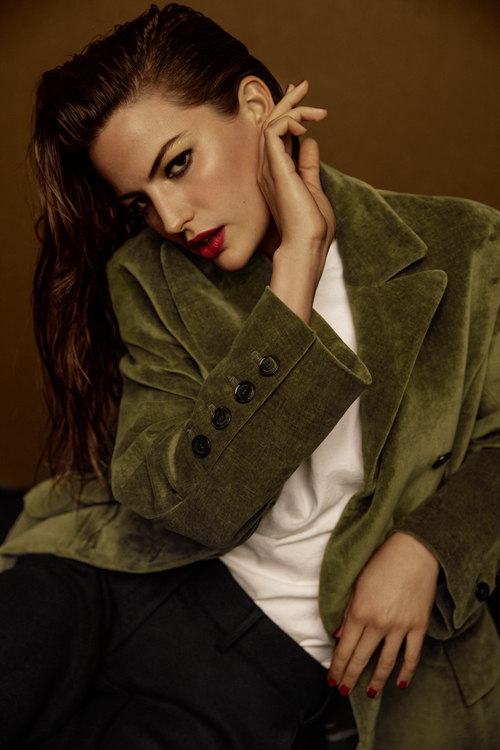